As you might have noticed I am very fond of challenges. One of the Instagram accounts I follow, simplegreensmoothies, starts a new challenge in October. One green smoothie a day for a month, and as you might guess I have decided to join.

As the portions in the recipes add up to two glasses, I asked my fiancé to join. He is never much into sudden change of behaviour or my health quests, but to my surprise he agreed to join!

To warm up I made a really yummy green smoothie this morning, which I will share you. The recipe comes from simplegreensmoothies.

On top I added some chia seeds. The result was much better that I expected! Even my fiancé was surprised.

I will try to keep you posted on our October challenge. If you have any delicious recipes I should try please share below 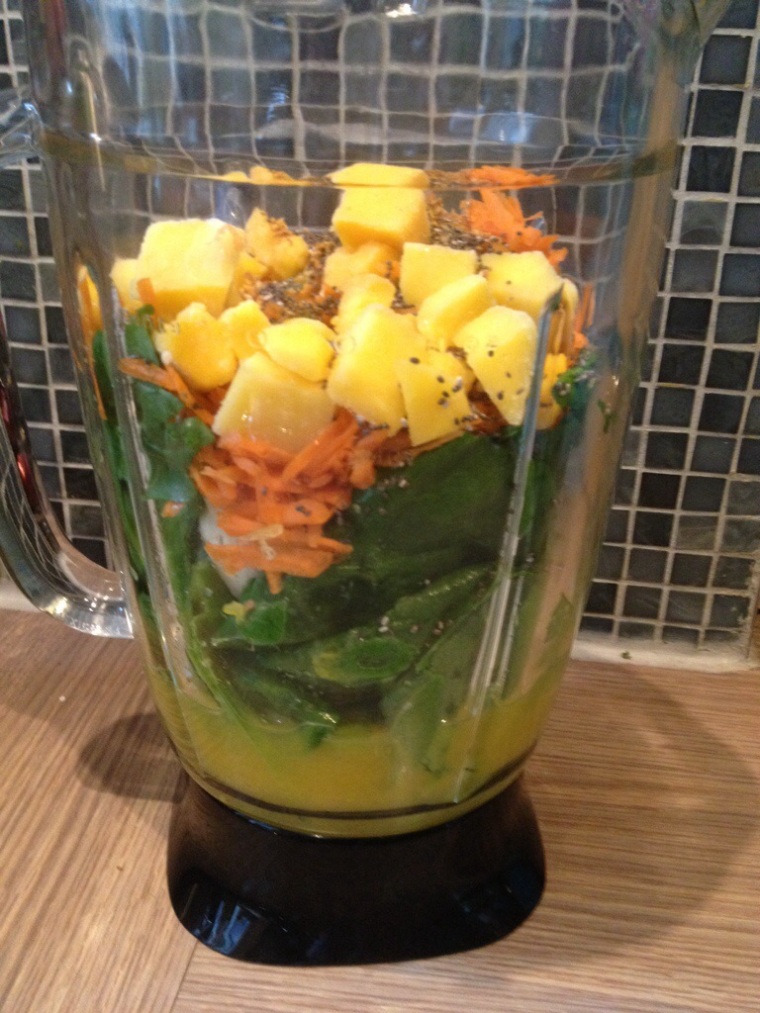 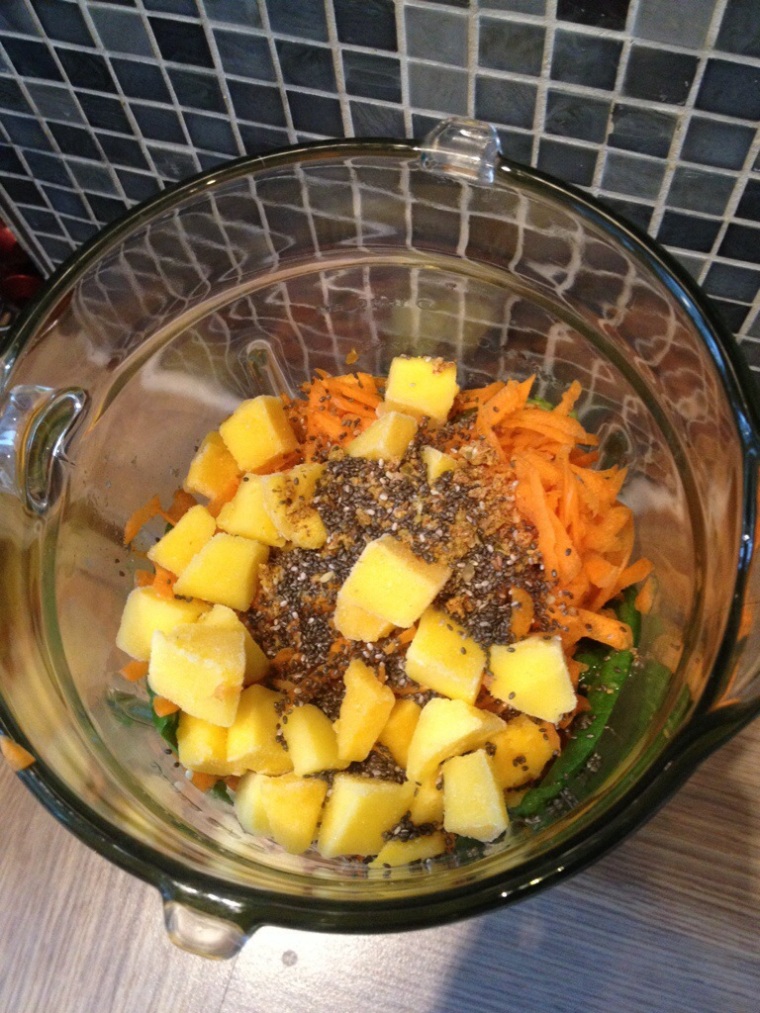 day 15: I went for dinner in Rose’s Cantina, a lovely restaurant in the city centre of Amsterdam. We go there a lot, not the least for their gorgeous cocktails. Tonight, I had a margerita on the rocks. 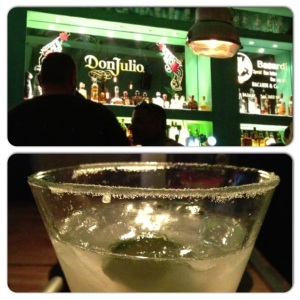 Day 16: my football team won the league this season, which is traditionally celebrated by a boatride through the canals of Amsterdam. 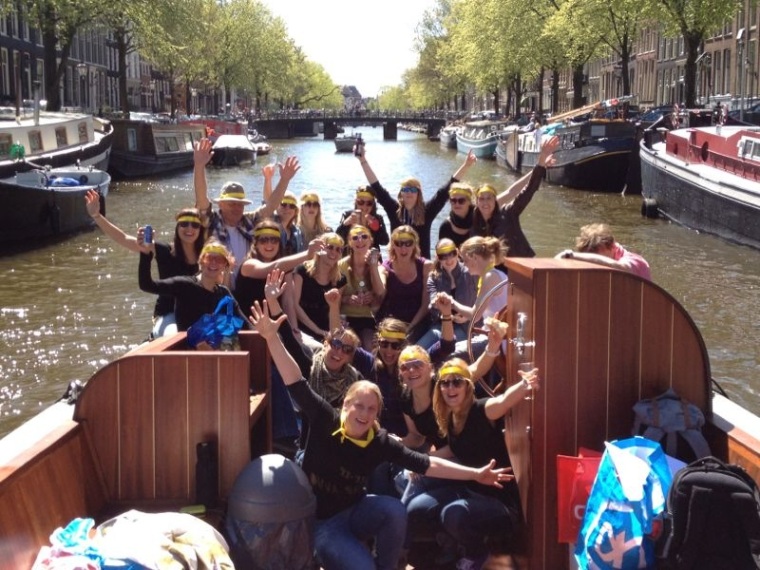 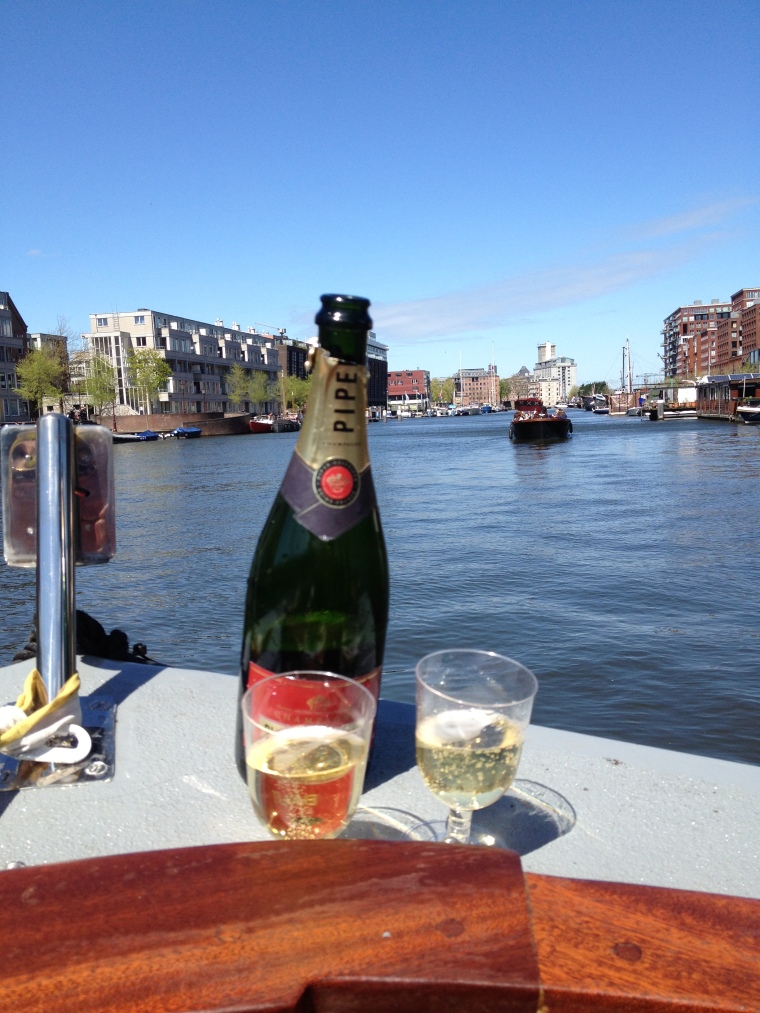 day 17: The day after Queensday my boyfriend and I finally bought racing bicycles. We had been planning to for a while, but we finally did it! Sunday morning the fifth we went for a ride through the north of Amsterdam, called Landelijk Noord (Rural North). 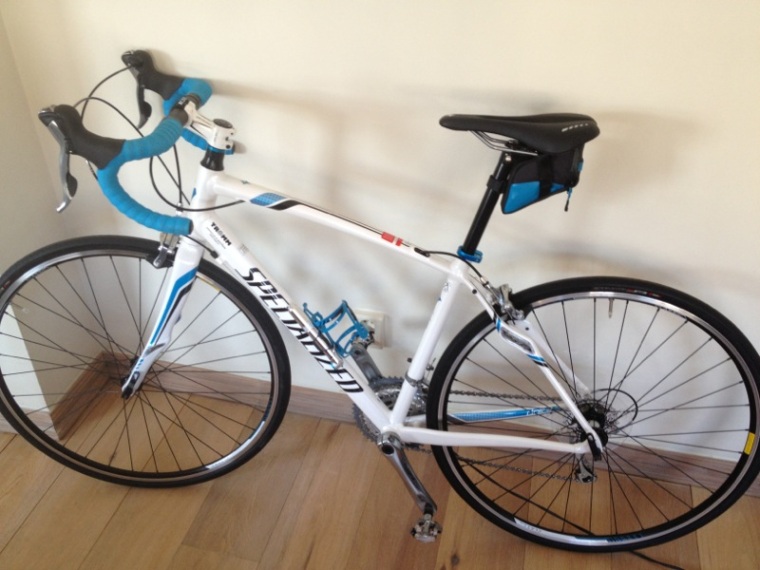 day 18: This might seem a bit of a weird picture, but if you look closely you can see a bird flying in the sky. During my lunch break I walked into the park, and I saw a stork fly. I realised I had never before seen a stork fly (city girl…) and I took a picture of it. Must say the picture is a lot less impressing than the actual sight. 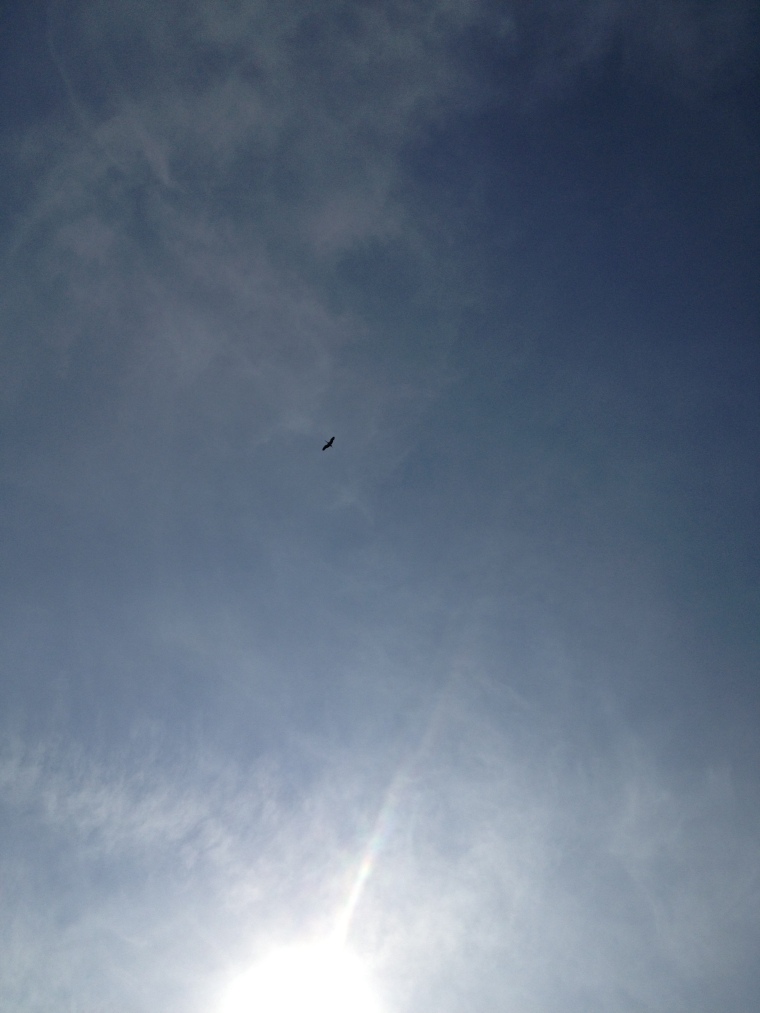 day 19: Walking towards the train station for a work meeting in the Hague I past some girls in a boat. They had a rope tied to a tree on the side. Cuteness. 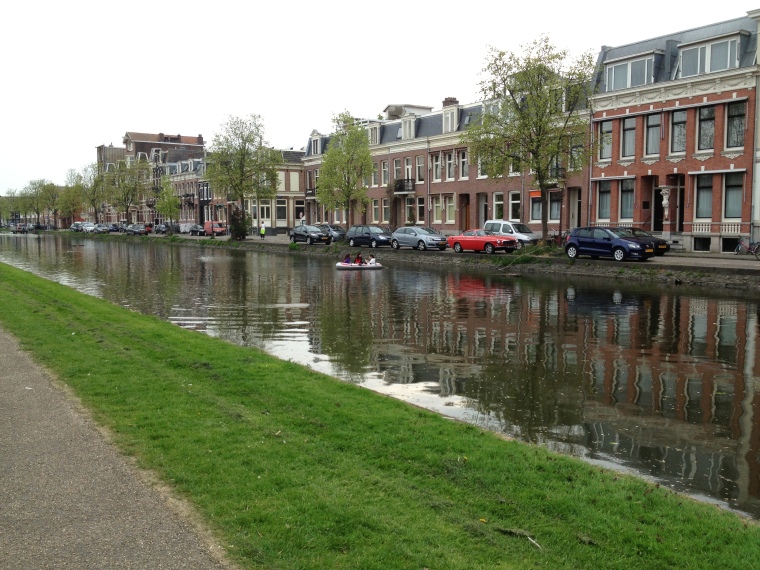 day 20: After a football match on a wednesday evening me and my team mates went to a bar in the east of Amsterdam, called Ruk en Pluk. I can’t say the bar has any class or style, but their ceiling is definitely the happiest and most decorative of all bars in Amsterdam.

day 21: Ascension day is a holiday in the Netherlands, so me and my boyfriends took our brand new bikes in the car to Drenthe, where my mum has a house. There we enjoyed a lovely bikeride of 46 km. 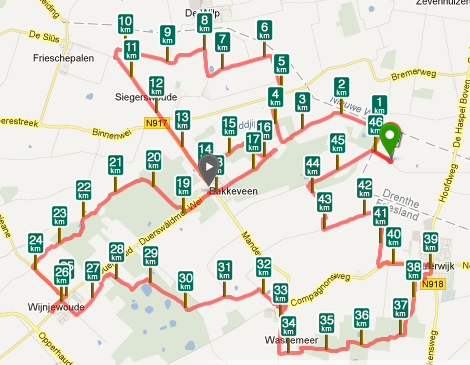 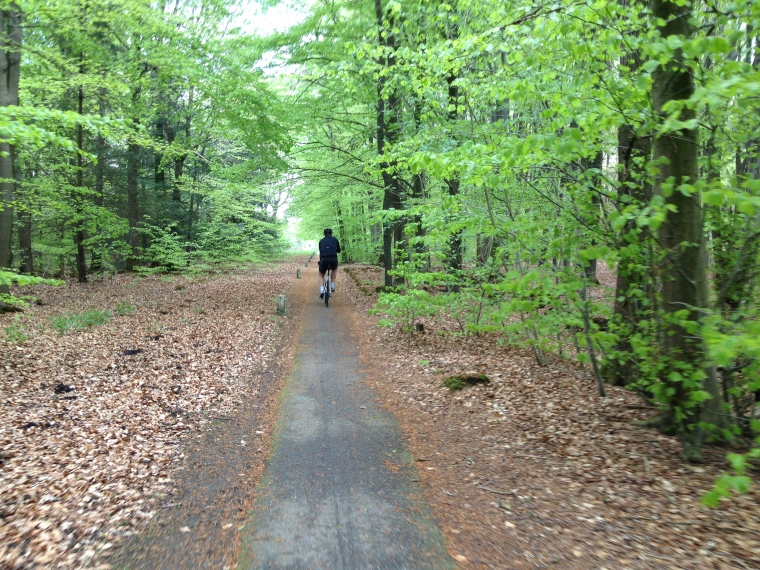 day 23: Wow I feel old saying this, but I was amazed by the picture below. Saturday afternoon I spent in Hanneke’s boom, a bar/cafe near central station. They have a great outdoor area where kids can play, but I guess kids these days prefer to stay in and play on their phones.

day 24: The perfect sunday! spoiling my skin with a face mask, I had my first tasty soy latte ever (a tip on the internet to add honey and cinnamon did the trick!), I drove over to my mum’s to deliver a gorgeous bouquet of flowers for mothersday, and I finished the day off with a delicious pasta with asparagus, Serrano ham, and pesto sauce. 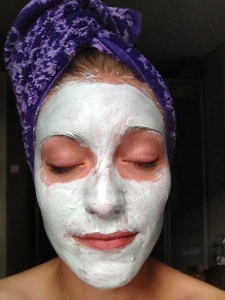 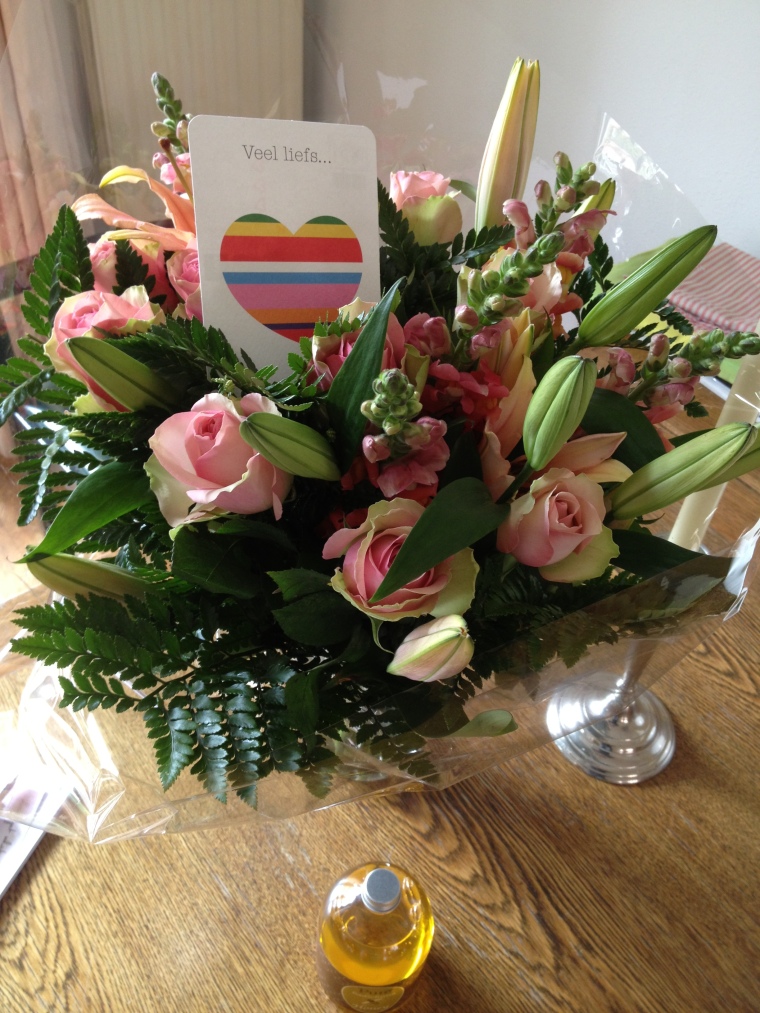 day 25: my classy boyfriend, even when playing football 😉

day 26: Today I did something I have been wanting to do for the past 10 years. And finally it was possible again! Cycling through the Rijksmuseum passage! I was so excited!! The museum has been closed for 10 years for renovation, and now that it has finally opened everyone expected the passage to open again as well. But the director of the Rijksmuseum was a big pain in the *** in this issue, and used many excuses to block cyclists from the passage. Finally justice prevailed, and it might seem a small indifferent thing, but for me it really meant a lot to bike through the passage again. I went in with a smile, and came out with an even bigger one! 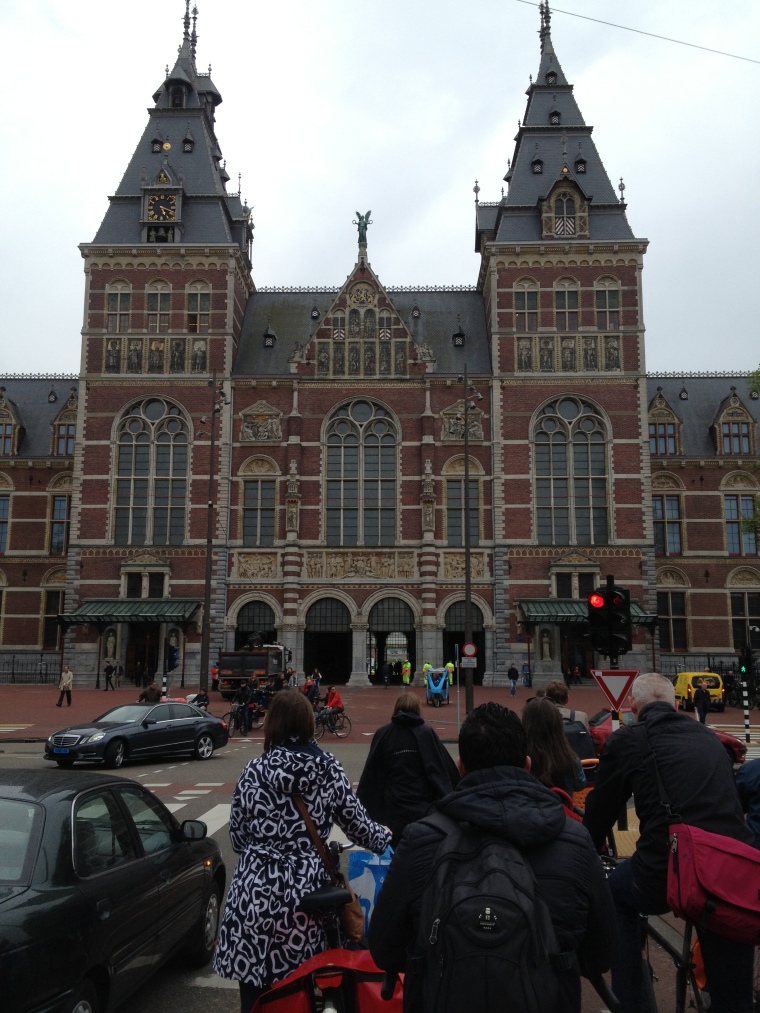 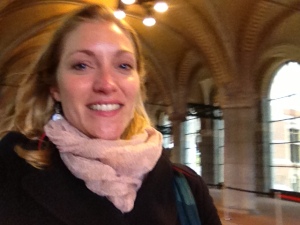 So the last 4 days of my challenge are approaching. It’s been a blast, and I will definitely keep trying to make pictures to supplement my blogposts.

Before my first challenge ends I decided to use the month of May for another challenge: 30 days of no cowmilk products.

My mum is convinced it gives me bad skin and a sore stomach, so I might as well give it a try.

I finished my first week now and I must say it’s a lot harder than I thought it would be. Loads of products contain cowmilk!

I must say after a week I do see results, my skin looks and feels much better. Could be other causes for that too, but it’s a good incentive to continue.

One thing I really miss: morning lattes! Let’s be honest here, a latte with soy or almond milk just isn’t that good. 🙂 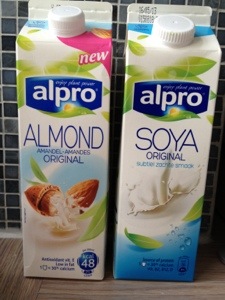 Below are my 30 day challenge pictures day 7, 8, 9, 10, 11, 12 and 13. The emphasis is on the preparations for Queensday, the coronation and of course Queensday itself. Like every year it was legendary once more!

Day 7: Amsterdam is getting ready for the coronation of our new king, Willem Alexander

day 9: I was very shocked to find out my phone decided to become judgemental about my bar-going behaviour 😉

Day 10: Oyster hunting! Last sunday we went on an oyster tour in the south west of the Netherlands, Zeeland. It was so much fun! I can highly recommend everyone to go on an Oestoer (http://oestour.marcelschouwenaar.nl/).

day 11: Tradition on queensday is the fleamarket all over town. People reserve their spot days in advance by drawing BEZET signs (‘ taken’ ) on the sidewalks. In some parts of town they even place chairs and tables to make sure no one takes their spot. 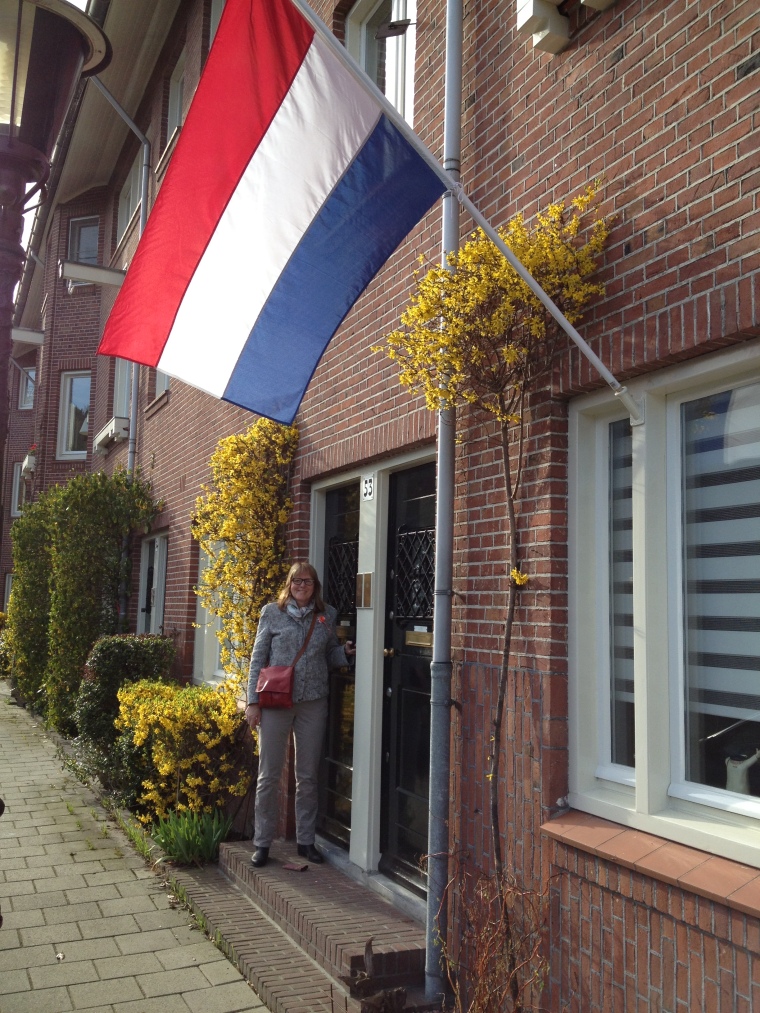 My mom and the Dutch flag

Me in front of the fleamarket in the south of Amsterdam 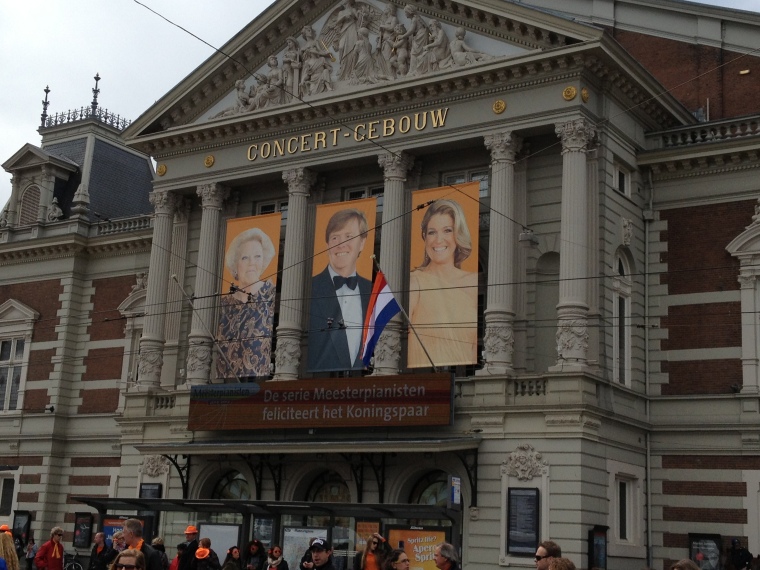 To get and idea how busy it was on the canals, look above

day 13: Today me and my boyfriend went shopping for a racing bicycle, and we succeeded! We both bought a bike. On friday they will measure us up and put everything in the right adjustments, and then on sunday we’ll go out for a little ride to test the bikes. I’m sure that’ll make some nice pictures! To be continued.

Continuing my picture challenge. Day 5 is a picture of the recently re-opened Rijksmuseum. I haven’t been yet, but I hope to visit very soon. 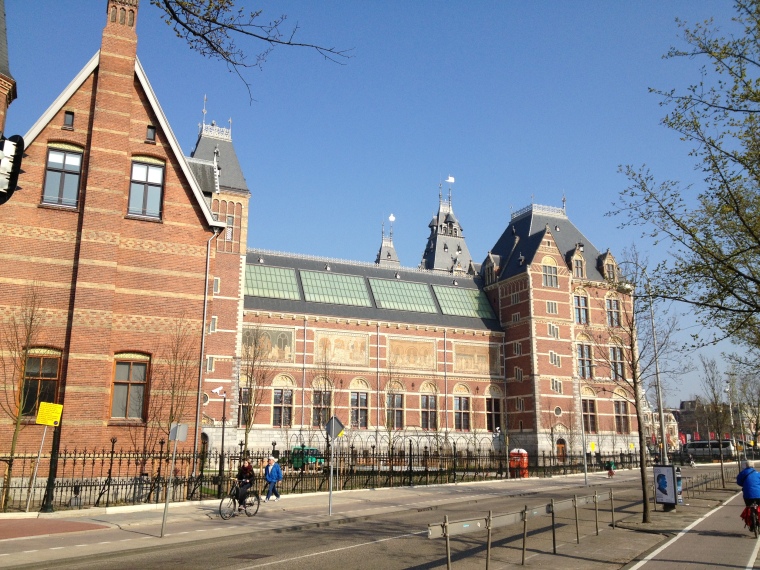 Below is a picture of my morning coffee as I get it every morning. At the cafe in my work building works a guy that is very devoted to decorate the coffee with smileys and hearts, it makes my morning every day! Maybe it’ll make yours too? 🙂 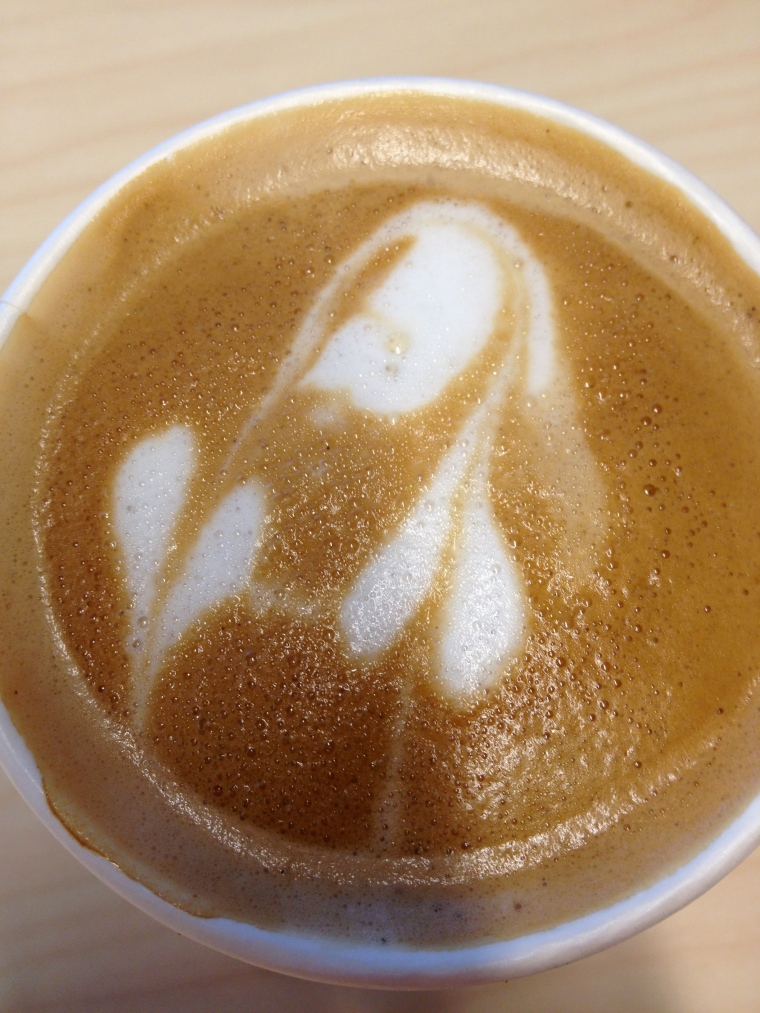 Today I finally managed to clean up the roof terrace. I bought some new plants (theme on my roof this season is purple), got rid of the mess from last winter, and enjoyed my first beer in the sun in the end of the afternoon.

What a great day! Next week I’ll finish off with a new lounge set and a place to store the cushions, and then I’m ready for lots and lots and lots of summer days 🙂

Day 2: This picture was taken at bar Brandstof in Amsterdam, I was having friday afternoon drinks with my dear friend Welmoed (www.thirstforfood.org) Very cool wall art I might add. Roarr…

day 3: This is a viola flower in one of my mum’s flower pots. It was taken with a zoom lens added to my iphone camera.